At Helmond Brandevoort station, electric cargo bikes and cars can be rented starting this week. The company Hely, a provider of shared mobility, gets to sign this debut. 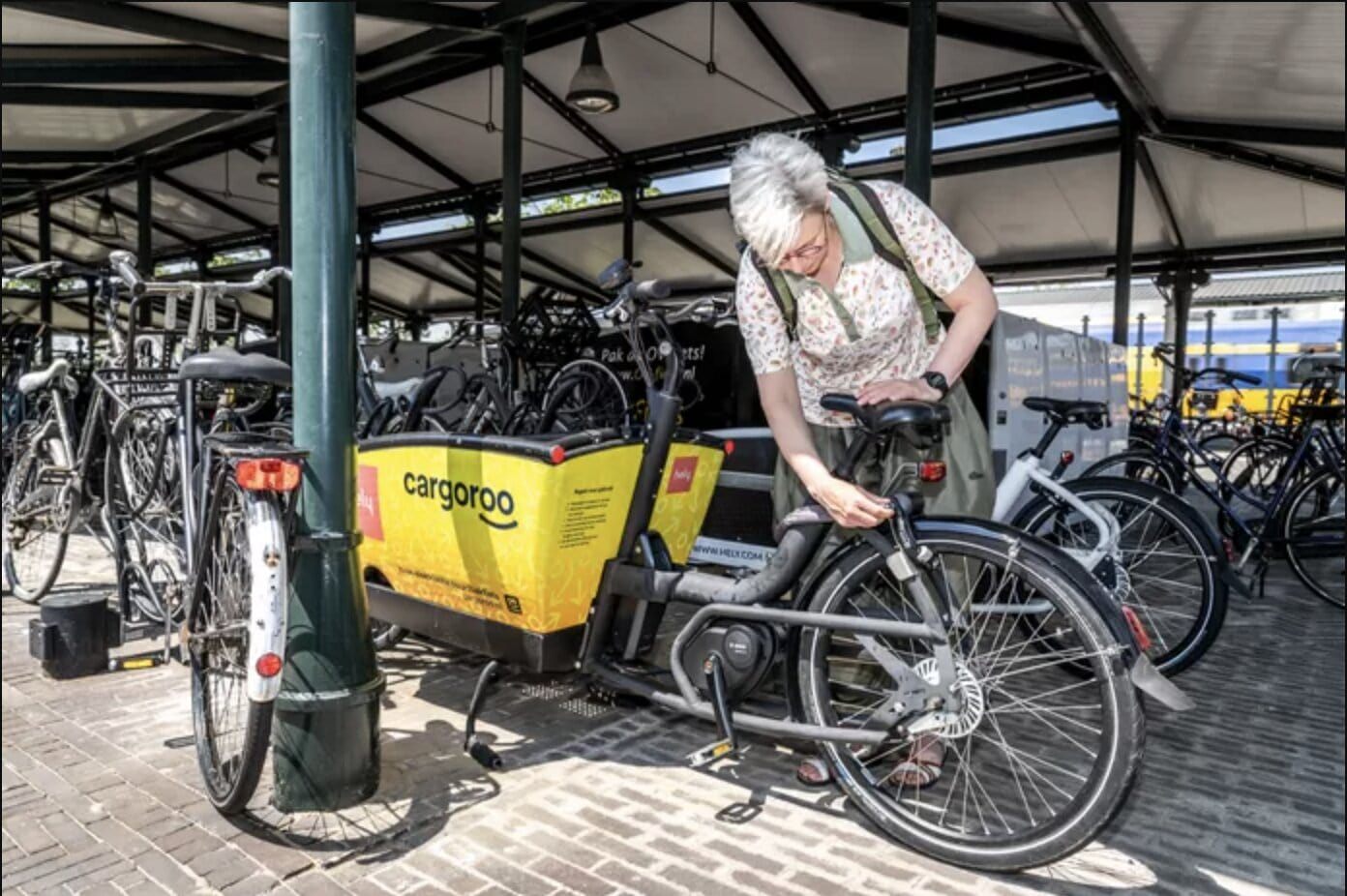 At Brandevoort Station in Helmond you can now find Hely cars and cargo bikes.

People who want to use the Hely vehicles have to register with an app, after which they can book a vehicle per hour or day. An electric cargo bike can be rented from €3 per hour, while the consumer pays €5,50 to have an electric car for an hour.

Helmond Brandevoor station is the first hub, and location in Helmond, where this type of shared mobility can be rented. It is possible to reserve a bicycle or car in advance. Competitor Go About is also active in Helmond, but users can only lease a bicycle there, as of right now.

Municipality of Helmond is happy

Hely is a relatively new company, which was born last year from a collaboration between the Dutch Railways (NS) and Pon. Hely focuses mainly on commuters, who still have distance to cover after their train ride to get to work or school. The company is already active in almost every major city in the Netherlands, with several hubs. Last month, another four Hely Hubs were opened, including in Brandevoort, but also in Ede.

The fact that Hely is settling in Helmond will appeal to the city council. There is an explicit wish to allow visitors and residents of the center to make more use of shared mobility in the future. The municipality wants people to travel more by public transport and to park their cars underground, on the edges of the core shopping area.

Hely itself is also pleased with their arrival in Helmond. "The neighbourhood was enthusiastic about our plans and there was a good central location to place the hub close to a beautiful public transportation station," says a spokesperson. "If we discover that there even more good locations in Helmond where shared mobility can offer a solution for residents and employees, we naturally hope to be able to expand there."

Go Sharing, the company behind the green electric scooters, already has a foothold in Helmond. However, the two-wheelers have disappeared from the streets for a while. The reason: during the winter months the scooters were hardly used. Go Sharing recently announced in the ED that the sustainable 'mopeds' will soon be available in Helmond again.

After use, the consumer must return the Hely vehicles back to the same place where he or she rented them. This also limits nuisance cause by shared mobility.

Sign up to stay updated on Hely Hubs near you through our newsletter. If there’s a hub near you, you’ll receive an e-mail right away to activate your account. Read more about how we process your data on hely.com/privacy.